We Are NOT Charlie Hebdo: Free Thinkers Question the French 9/11

"A breakthrough in the study of State Crimes Against Democracy (SCADS). Never before have truth-seekers countered with such a comprehensive response to a likely false-flag operation so soon after it happened." -David Ray Griffin

"A necessary set of challenging responses to the Islamophobic manipulation of the Charlie Hebdo incident, suggesting the urgent relevance of dissent and suspicion in response to official versions of controversial events."- Richard Falk 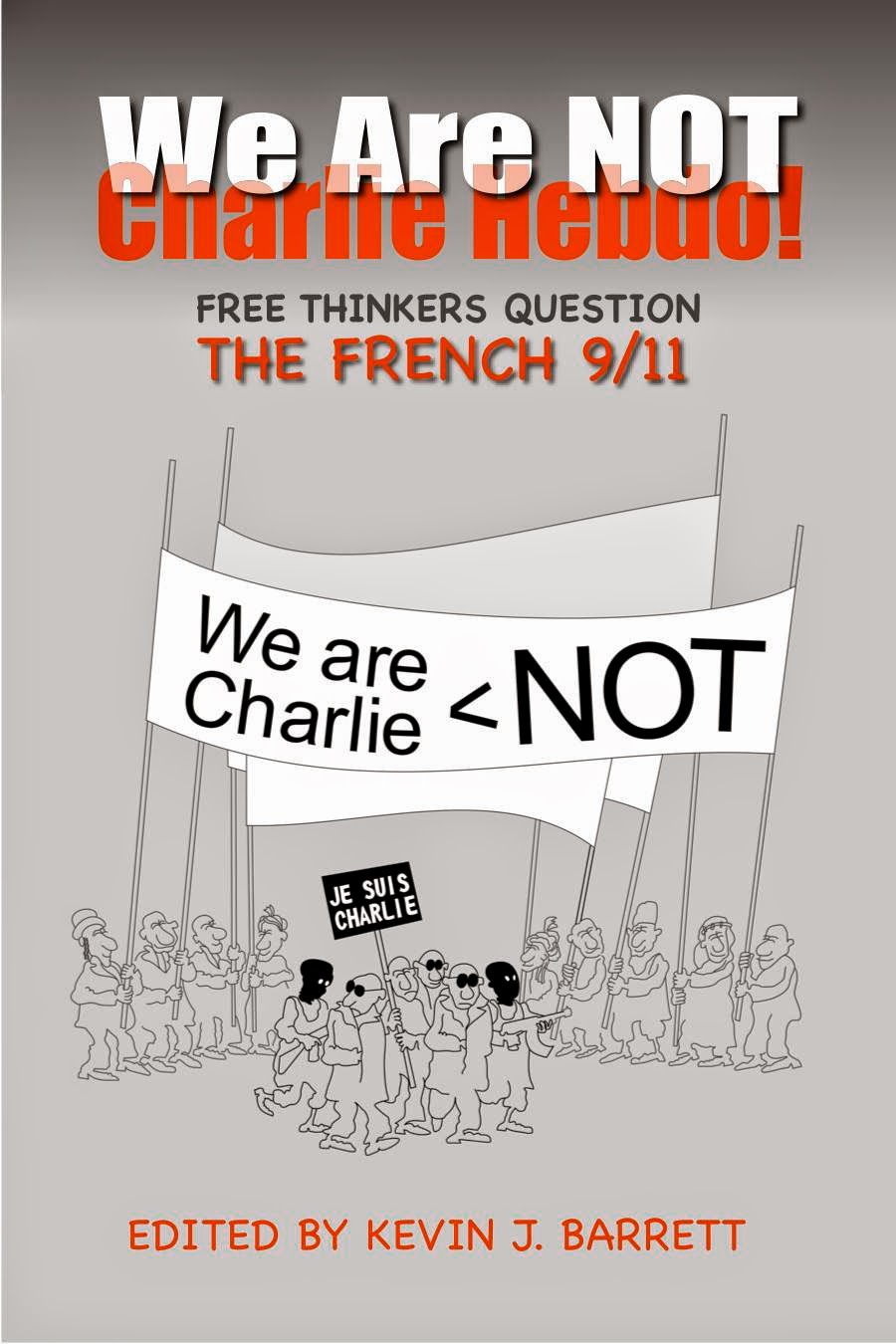 Only one version of the Charlie Hebdo affair made the mainstream media: "Muslim extremists kill cartoonists and Jews." An officially-orchestrated response - "je suis Charlie" - followed.

But is there another side to the story?

Disturbing facts quickly emerged. Politicians, big media, the security industry, and arms manufacturers all rushed to cash in. And freedom of speech in France – the supposed target of the terrorists – was rolled back by the French government. Even as millions marched for Charlie, millions more sensed that something was very, very wrong.

In We Are Not Charlie Hebdo, twenty leading public intellectuals refuse the invitation to identify with "Je Suis Charlie." Jews, Muslims, Christians, Protestants, Catholics, atheists, people of the left and right, progressives and traditionalists, people from many different countries and ethnicities – all have united to say "we are NOT Charlie Hebdo." Most suspect the whole affair was a false flag operation or psy-op. (Evidence for that interpretation is presented in the book.) Others merely dissent from the official, mythic false consensus.

If you question what governments tell you…if you doubt the mainstream media version of events…if you are NOT Charlie Hebdo…then this book is for you.

For copies autographed by editor, send $19.95 plus $5 postage and handling to:

Or use paypal button at http://TruthJihad.com - AND send an email with shipping address to kbarrett(at)merr[dot]com mentioning your order.

Note: Above offer good only in USA. Foreign orders must include correct postage cost.

Kevin Barrett
I'm the author of Questioning the War on Terror: A Primer for Obama Voters; Truth Jihad; A Guide to Mysterious San Francisco; and editor of 9/11 and American Empire v.2, and have taught Arabic, Islamic Studies, French, American Civilization and others subjects. Widely regarded as the world's leading Muslim 9/11 truth activist (for what that's worth) I spent 2006-2008 as the only talk show host featured on all three leading patriot radio networks (GCN, RBN, and WTPRN). I ran for Congress in Wisconsin's 3rd District in 2008: http://www.barrettforcongress.us Currently I'm working on a couple of book projects...